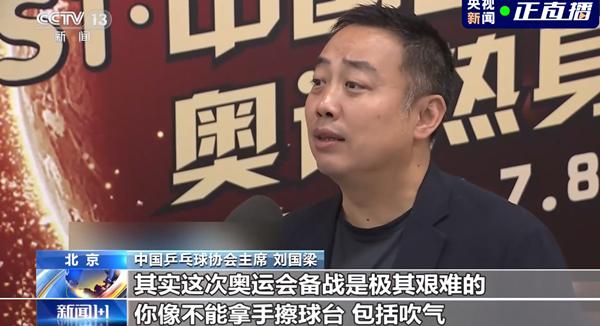 This new regulation may bring a big challenge to the Chinese team. The warm-up match held in Weihai, Shandong Province last week truly simulated the competition links and requirements of the East Olympic Games. As a result, Ma long, the national table tennis team leader, won two yellow cards in a day for habitually wiping the sweaty table with his hands. Fan Zhendong, Liu Shiwen and other top national table tennis players also said that they were "not adapted" to the new rules, but they could understand it from the perspective of epidemic prevention and safety. While trying to adapt, they would adjust their mentality and control the rhythm of the game in time to avoid being affected by the new rules. 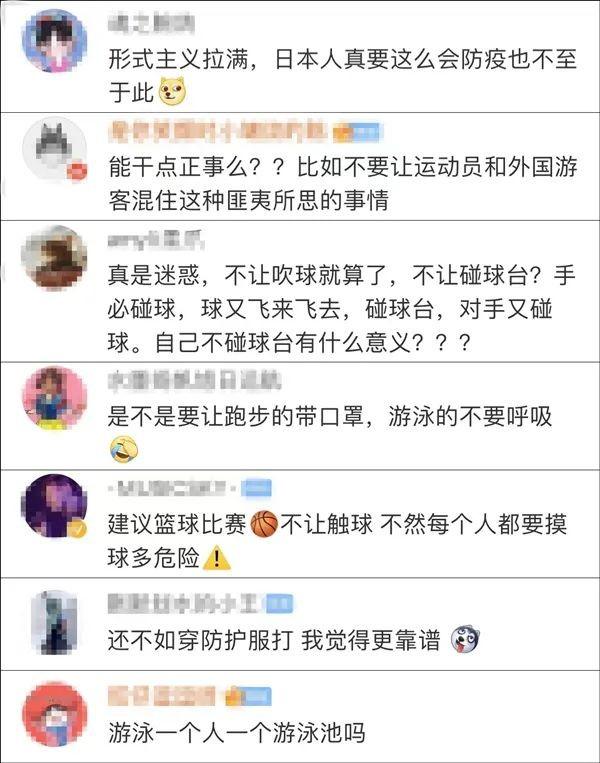 Recently, Liu Guoliang, chairman of the China Table Tennis Association, also said in an interview that many difficulties and changes, including the new epidemic prevention regulations such as "no touching the table and blowing the ball", have made the preparation for the Olympic Games "extremely difficult". However, after a period of adjustment, "the Chinese table tennis team is ready and will only wait for the soldiers to go to Tokyo."

On July 11, the Chinese table tennis team returned to Beijing after a 40 day sprint closed training in Weihai and will charter a flight to Tokyo, Japan, to officially start the journey of the Tokyo Olympic Games.

Liu Guoliang, chairman of the China Table Tennis Association, said that China's table tennis team has experienced many difficulties in preparing for the Tokyo Olympics, CCTV News reported on the 13th. "For example, affected by the epidemic, players are not allowed to touch the table with their hands, including blowing air." 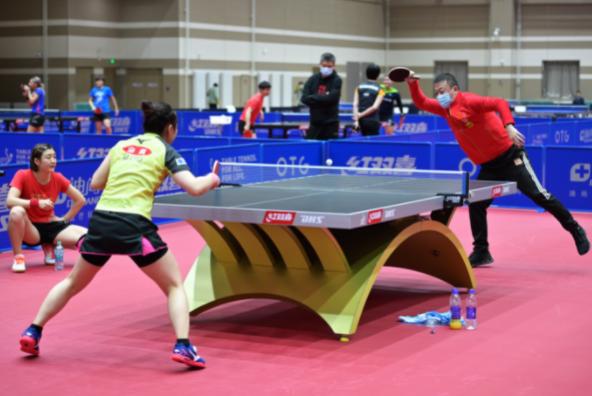 What China's news is on micro-blog hot search immediately drew thousands of Chinese netizens to Tucao, and make complaints about the repeated Anti Japanese and anti epidemic standards of East Olympic Games. "Let the athletes who have been separated and not segregated live together. Can Japanese epidemic prevention be useful? "“ Is it difficult to swim in a pool for one person and change the water for disinfection after one match

Moreover, since all kinds of table tennis matches have been resumed gradually under COVID-19, there has never been any "Prohibition of touch and blowing" for epidemic prevention.

In 2020, the ITTF competition was restarted in China. At that time, the "bubble competition" mode was adopted, that is, all relevant personnel participating in the competition should be trained and competed in a relatively isolated environment after strict epidemic prevention and testing.

Some netizens are even more worried: "Damn, don't give this new rule to children so that they can't kick off.".

Because for many table tennis players, touching the table and blowing on the ball is a habit that has been formed almost from the beginning of learning table tennis. In the daily competition of the national table tennis team, we can see that we all do these two movements by chance.

You can touch it. I'll touch it

This is not the only national table tennis, some foreign table tennis players will have such a small habit. 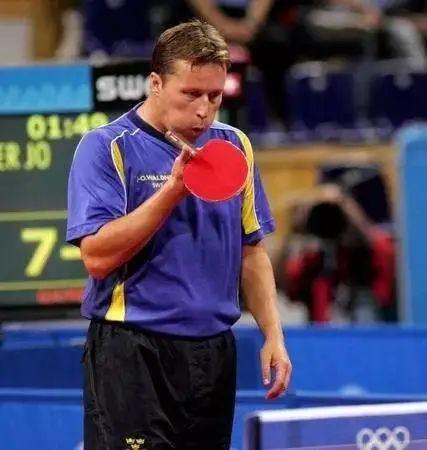 As for why we all have this habit, it's not to say how deep the "unique secret script" is in these two little movements.

According to the early report of the information daily, the head coach of the men's table tennis team of the ball management center of Jiangxi Provincial Sports Bureau once explained that in fact, when players blow on the ball, it is very likely that there is dust on the surface of the ball, just as sometimes players habitually put the ball on their clothes or on a towel to wipe it, in order to make the ball cleaner and better rub it against the racket, Can be better to send out a beautiful spin ball. In addition, for some athletes, blowing may be just a simple habit, or it may be a psychological hint, which can decompress themselves in the tense competition.

The habit of wiping the table is mainly because sweat dripping on the table will affect the ball's landing point; Or too much hand sweat, in order to avoid sliding racket will hand sweat wipe on the table, high probability will not drop the ball position (such as below the net). 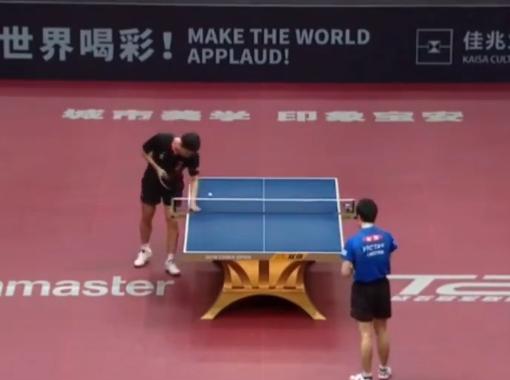 Although this new regulation has caused a lot of discussion, since it is a regulation, participants should always respect the organizer and abide by the relevant regulations. In order to adapt to these special rules as soon as possible, Liu Guoliang said that during the preparation period, the coaching team tried every means to improve the players' ability to resist pressure and interference.

This warm-up game can be said to have made them suffer a lot. On the first day of the game, national table tennis captain Malone received a "double yolk" warning: because he used to wipe the sweaty table with his hands in the game, Malone got a yellow card in the men's singles and doubles competitions.

According to Dong'ao's epidemic prevention requirements, in case of similar situations, athletes can not wipe the table directly with their hands, but should interrupt the game and ask the referee to intervene, otherwise they may be warned by the referee. Such regulations also let Malone say frankly that "it may disturb the rhythm of athletes, and (I) need to adapt to it again.". 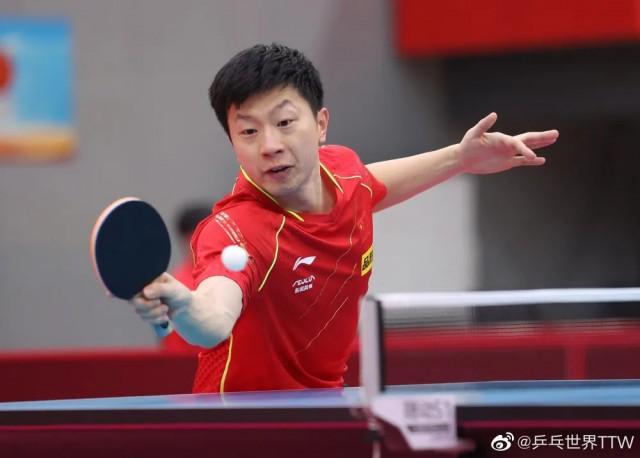 Suddenly changing a long-time old habit, including fan Zhendong and Liu Shiwen are also very uncomfortable, but both said they must respect and abide by the relevant provisions of the Olympic Games.

From the perspective of safety and epidemic prevention, fan Zhendong thinks that such a provision can be understood. He also mentioned that since such a provision is for all athletes, it is actually fair; Liu Shiwen also said that she should quickly adapt to such changes, and in addition to controlling herself not to violate the rules, she should also adjust her mind and stabilize the rhythm. In case of being warned by the referee due to negligence, she should also remind herself not to be affected in the subsequent competitions.

On the 11th, the Chinese table tennis team returned to Beijing after a 40 day sprint closed training in Weihai. Liu Guoliang said that this means that the national table tennis team has officially ended its five-year preparation for the Olympic Games, and the Chinese table tennis team is ready to go to Tokyo“ We are ready. We are full of confidence. We have achieved our goal in all aspects, such as mental state. After that, we should gradually enter the rhythm of the competition, adjust our mentality and position, go into battle light and enjoy the Olympic Games. "

From the 2008 Beijing Olympic Games to the 2016 Rio Olympic Games, Chinese table tennis team has won the gold medal in three consecutive Olympic Games. Although mixed doubles events have been added to the Tokyo Olympic Games this year, the goal of China's "dream team" remains unchanged and is still to win gold medals.

China's table tennis team will take a short rest after returning to Beijing and leave for Tokyo in a week or so, cnews.com reported. The Tokyo Olympic table tennis competition will kick off on July 24, and the first gold medal in mixed doubles Olympic history will be produced on July 26.