The site of yilou, the scenic spot of Bijia mountain reservoir, is on the mountain on the North Bank of the reservoir

Wang sent his name a little regret that he had done the semi-life survey work. I didn't know that the place called gaolicheng, the reservoir back hill in his hometown, was the yilou site with a history of more than 2000 years.

To talk about the site, Wang sent his name to some real impression.

In 1957, when the 12-year-old Wang sent his name from Shenqiu in Henan Province to Bijia mountain, he lived in the third team of fruit trees on the North Bank of Bijia mountain reservoir. At that time, he knew that there was a stone ring Castle called gaolicheng on the top of the north mountain of the reservoir. As a child, he went there with his friends.

Remember, the scene there was a large circle around the mountain, which was made of stones and soil that a man could move. There were half the size of basketball court in it, and there was a small circle of fence marks in the middle, which made people wonder what to do. The outer circle had no trace of doors and windows. At that time, he was still small and didn't think about what to do.

Now more than half a century has passed, time goes by, the days and the moon vicissitudes. With the development of the country and the enhancement of national strength, the historical and cultural undertakings of our country are also developing.

In the third national cultural relics survey, it was found that the old site of gaolicheng in Bijia mountain and water reservoir was the cave dwelling site of the city floor people 2000 years ago.

It is proved that a group of cave dwelling sites and relics of the people living in the town were found in the nurabbit ridge, Jixian County, which is more than ten kilometers away.

The ancient city site of nuhuling is located on the nurabbit mountain about 1 km southeast of Fuxing village, welfare Town, Jixian County. The altitude is 137 meters, 4 km to Shuangyashan City in the South and 4.5km to Jixian County County in the north. 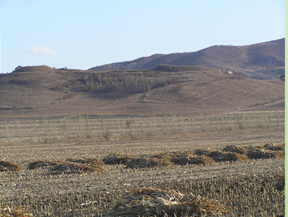 The ruins of nuhuling, Jixian County

The northwest is more than 10 kilometers away from the Bijia mountain reservoir, which is connected with the low mountain and hill area in the north foot of Wanda mountain.

In 1984, Heilongjiang Institute of cultural relics and Archaeology excavated the ruins of nuhuling in Shuangyashan City. More than 60 cultural relics were unearthed at the site, and named "rolling rabbit ridge culture".

At the end of the spring and early summer of the Niunian, Wang and I came to the site of Beishan Mountain of Bijia mountain reservoir for "investigation".

Wang, who is in his seventies, is a retired employee of Bijiashan farm. In recent years, he has been spreading his hometown culture by means of modern video《 The number of hits in lovely hometown Bijia mountain, unforgettable mother school of Bijia mountain has exceeded five digits.

Recently, through the cultural relics management department of Jixian County, I found that there is a site of yilou more than 2000 years ago in Bijia mountain and water reservoir. I was invited to visit it together.

I said it was not a big bag on the mountain. There was a look.

"Otherwise, the cultural relics, before they were unearthed, were not all buried underground," said the old king? The terra cotta warriors and horses of the first emperor of Qin Dynasty and the horse king heap in Changsha are all small mountain bags and large mounds when they are not excavated.

Laowang makes sense. Besides, the reservoir is not far away, and it is a tourist scenic spot. He has the right to travel to green once

Today, Bijia mountain and water bank has long been the gateway of Qixing Lazi, the eastern tourist attraction in Hejiang area of Jiamusi. In summer, the water is open and low, the smoke is vast, the mountains reflect, the boat swim surge, the leisurely place of the anglers. In winter, ice lake is like a mirror, which is reflected with snow. There are several lines of plum blossom footprints on the snow. It can be seen that there are deer coming.

This place has become the perfect place for people to pursue natural ecological health preservation. Wang Xiang Ming told me that the ancient castle site of yilou, 2000 years ago, was in front of me

When we saw the site on the top of the mountain, it had been washed away by more than 2000 years. Under the cover of the hazelnut trees of tussah tree, a thick rotten leaf was under the edge, showing a prominent circle of the fort which was built with stone and sand of basin size. We circled around the fort, taking some photos and videos.

For this "investigation", the old king specially prepared the measuring tape and the digging knife shovel. We walked on soft leaves, and around the bunker we began to measure with the meter we brought. 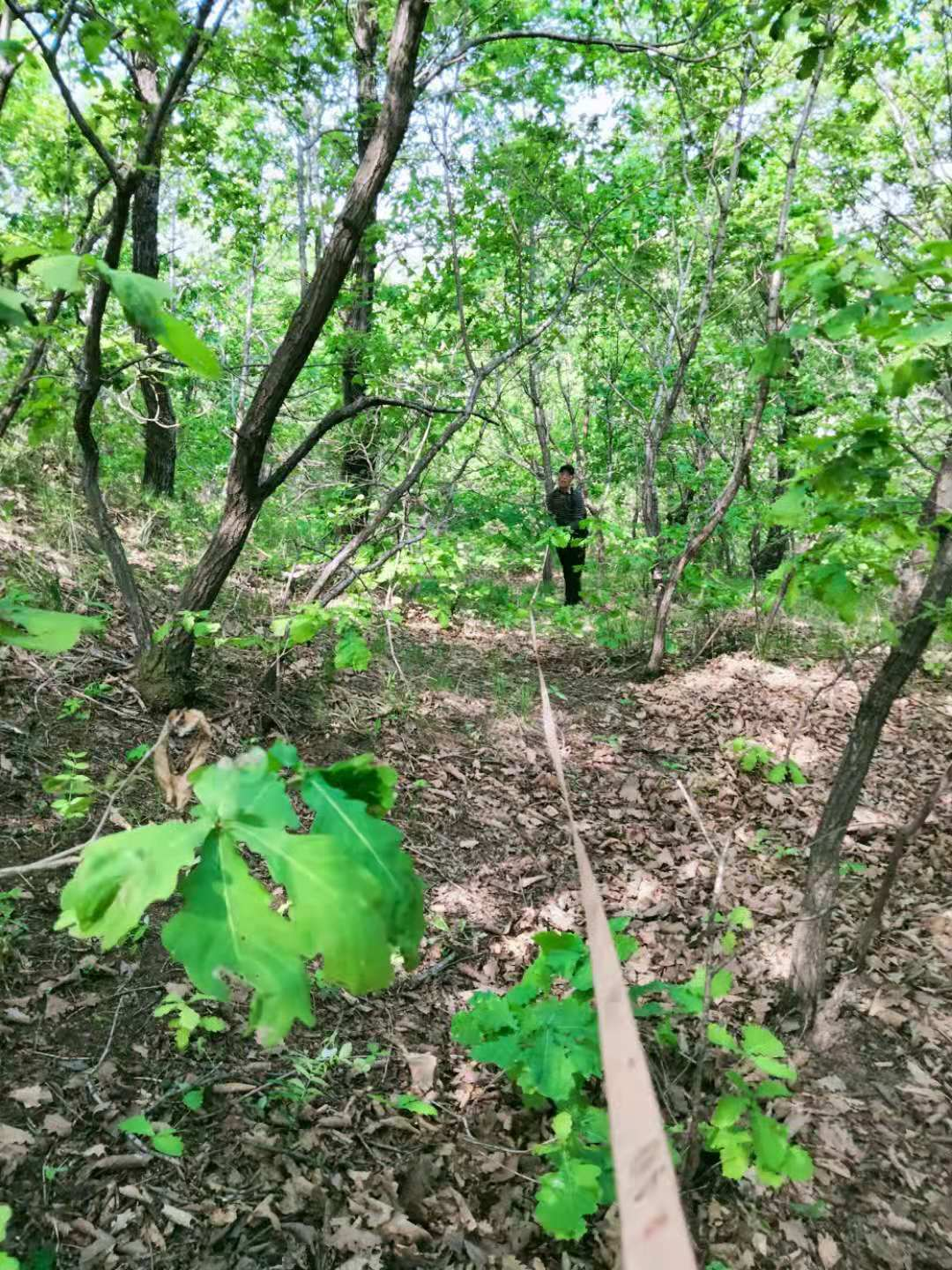 Looking at the shallow pit full of grass and several tussah trees, the old king asked:

When those people built the earth fort on such a high mountain, how did their domestic water be solved?

Although the reservoir is vast, it was built more than 2000 years later. Where was there a reservoir? The city building people live in the hadamic river. There is really a small river under the mountain called Hadami river. It's from the Seven Star garbage. Is it the language of the city building? What does that mean?

Question 2: do you see these clove trees on the top, which are regular and sequential? Can it be planted by the city building people more than 2000 years ago? If so, they would have lived very well, but from the data, the Yi Lou people were still very wild.

Also raise a pig and poultry as a living food, where there is leisure to raise flowers and grass, and then cloves can not live to more than 2000 years.

The old king made sense.

Data show that yilou people were indeed one of the ethnic minorities in desert areas in Northeast China.

Among them, the Su Shen family, from the Western Han Dynasty to the Three Kingdoms period, was called yilou in history. Yilou nationality was called in Qin Dynasty, which was located in the east of Fuyu, a powerful Northeast power, near the sea, and connected with another ethnic minority in the North Woju. Yilou has a huge area, and it is unknown where to go to the north. There is no record in historical data.

Yilou people are powerful and powerful. In the early days, all tribes are not in charge of each other, scattered around, weak and underdeveloped. They live in the mountains and forests, and they have strong living ability. They sleep in caves at night, which is what we call cave dwelling, which is basically equivalent to primitive society.

Pork is a daily food for yilou people. The skin of pigs is also made into clothes. They like to spread the lard all over the body, and the best way to wipe it is thick. It is the totem worship of yilou people to resist the cold!

As soon as the day was hot, yilou people could not care so much, they were stripped of the strip, or they would find a cloth to cover the lower body.

For cleaning, yilou people lack the concept of sanitation, and even build public toilets in the center of living area, and everyone lives in the toilet.

Yilou people are good at using a four foot heavy bow, and the explosive force is very strong. The arrows are made of blue stone, that is, stone clusters. Because of the need of survival, yilou people have to learn archery since childhood, and everyone is soldiers. This is similar to the military tradition of Sparta city state in Europe.

Two thousand years ago, the city building people were far away from us and were so close that the future people were full of speculation and imagination about their lives. We analyzed the large stones in front of us for the sacrifice and sacrifice of the people in the Yi Lou at that time.

One of the guesses:

Guess two: around the five kilometers around the reservoir yilou site, there are dozens of ancient city sites found in Qingfeng Village, Bijiashan high school and fengle town. It can be inferred that this area was the place where the Yi Lou people lived in groups. In addition, the earliest names of many villages around the area also have the original flavor: there are two tribes around the site of reservoir yilou, until the sixth tribe.

Some people say the word "tribe" was left by Japanese when Manchuria was in the state. Actually, it is not true: check Chinese classics. The word "tribe" is: Chinese word, Pinyin is b ù lu ò， It means that the primitive society people are formed by the combination of several families and clans with similar blood ties.

Maybe 2000 years ago, this is the tribal center of the yilou people. Only after the Japanese came to build the reservoir, they submerged some sites. Just like the Three Gorges Dam now, it is not the place that many ancient counties and cities have been submerged under the water, and become the historic sites of later generations?

Such reasoning is not unreasonable.

We have guessed that if the reservoir tourist attraction can develop and use this "yilou site" as a cultural relics scenic spot, it can not only increase the local cultural relics landscape, but also save the next 2000 years of history.

If there is any condition for underground excavation, there may be some stone cluster bow and crossbow.

A lot of things in the world happen by accident. 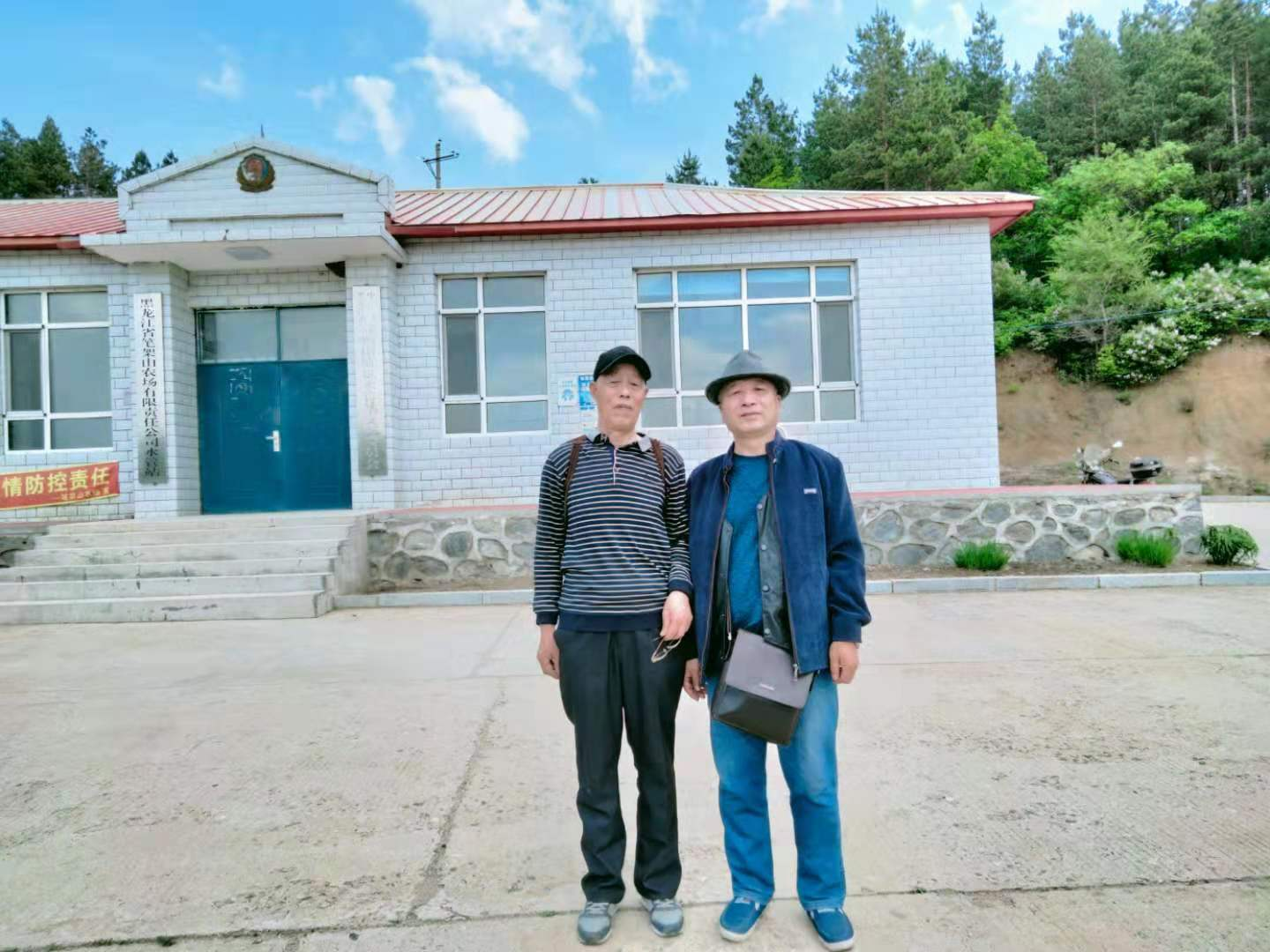 Before we went up the mountain, we took a picture at the management station of the penrack mountain library. Left, we sent the name to Wang