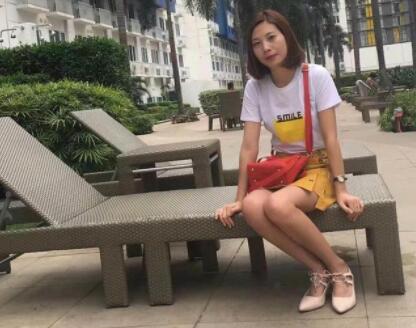 On September 12, the news that Xiao Zheng, a woman from Chengdu, lost contact when traveling to Serbia alone attracted the attention of netizens. According to Mr. Zheng, who lives in Pidu District, Chengdu, issued a notice of missing persons, his daughter Xiao Zheng set out from home to travel to Serbia alone on October 18, 2020. During this period, he was stranded in Seville due to the epidemic and failed to return home. On August 20, 2021, Xiao Zheng lost contact with his family, relatives and friends for 23 days. Now Mr. Zheng is seriously ill and paralyzed in bed because he misses his daughter too much.

According to the search notice released by Xiao Zheng's family, Xiao Zheng in the photo is dressed in long hair, a gray sweater, a red and black cloak, a black uniform skirt and Chu color flat bottom casual shoes. According to the family, my daughter is 31 years old and about 167CM tall. 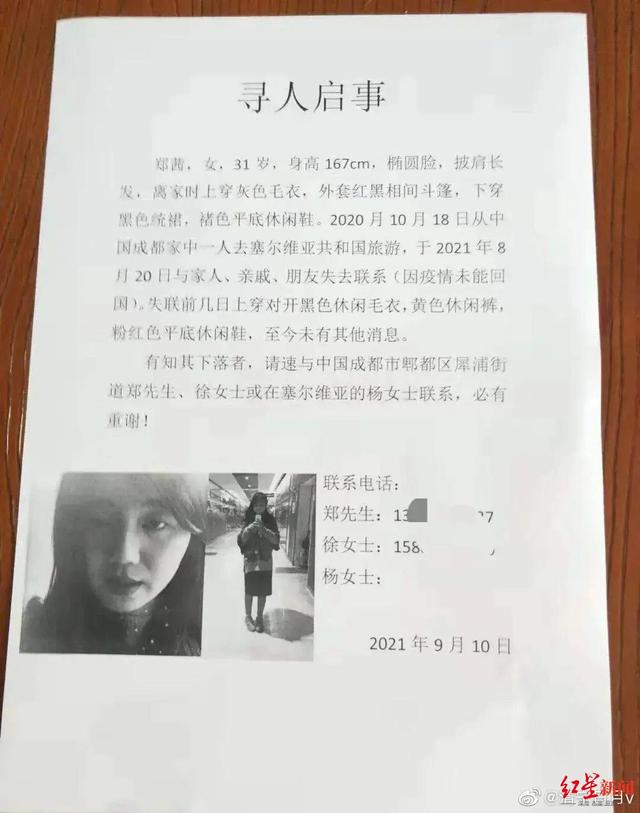 On the 12th, the Red Star News reporter contacted Ms. Xu, Xiao Zheng's mother. Ms. Xu said that at present, the family still has no news of their daughter. As for the reason why their daughter lost contact, they also said that they are not very clear. "Now the police and the embassy have been involved in investigating the matter.". In addition, on September 9, Xiao Zheng's parents entrusted relevant persons to report the case to the local police in the Republic of Serbia and asked relevant departments to find his daughter.

It is understood that the search notice had been posted as early as a few days ago. The family wanted to find their daughter as soon as possible through external forces. However, the reporter learned that during the period when the family was looking for people, they also received harassment information from some strangers. At present, Xiao Zheng's loss of contact affects the hearts of parents, family members and netizens. I hope to have her news as soon as possible.