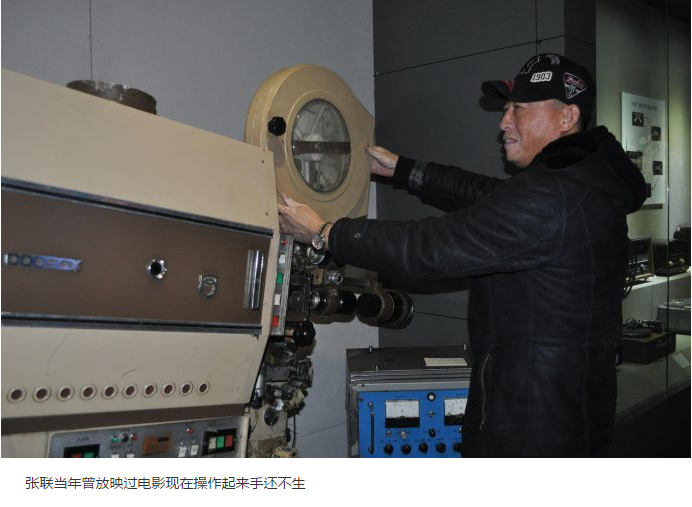 Ouyang Xiu, a great poet of the Northern Song Dynasty, said: we can see who he is if we look at him. Zhang Lian's hobby is reading, painting and collecting books. When people around him commented on Zhang Lian's hobby, there were two words: elegant.

Zhang Lian was born in Bijiashan farm of Heilongjiang Province, which was later called outstanding people. Speaking of the real subordination, Zhang Lian's parents were both grain depot workers in the field units. His father was the trade union chairman of the grain depot at that time, and his mother was the cultural officer of the grain depot. Zhang Lian's taste was cultivated in such a family. Speaking of his love for fine arts, I have to thank the educated youth who came during the movement of going to the countryside. At that time, Zhou Yinfang, the most famous educated youth who painted Chairman Mao's portrait in Anyuan, who went to the countryside in Shuangyashan, and Zhejiang educated youth who designed the front page illustrations for Hejiang daily, had been his teachers. Now people don't forget Yu Changhe, whose stage name is Yu Damei, who brought out Wang Fengjun, Zhang Lian, Hao LIANLI, Bai Ming, Zhou Dechun and other artists to Bijiashan amateur. Although these people had their own development in their later life, Zhang Lian always believed that the aesthetic education of that year would affect their life. 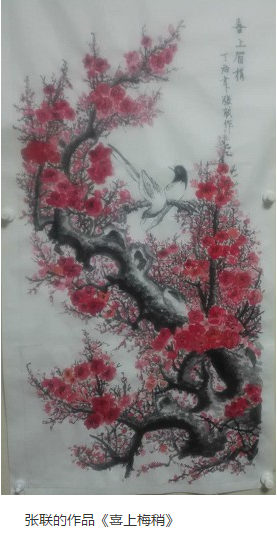 In retrospect, when I was studying painting, it was very hard. There were no teaching materials, no teaching aids, no classrooms, and the teachers were not full-time. They often asked questions in the teachers' dormitories. A textbook is copied by several students. Among the painting materials kept by Zhang Lian, the two manuscripts are the most precious. Thick two big tutorial, copy the text neat, accurate illustrations‘ At that time, after copying these two books, I felt very happy To their own level has been greatly improved Zhang Lian told reporters. In this way, Lala learned three years of sketch, watercolor, and even came into contact with the oil paintings of Russian painter Lebin. In this way, Zhang Lian learned from Da Mei and laid a solid foundation in art. Later, I followed Mr. Zhou Yinfang to learn Chinese painting and design newspaper headlines. During that time, Zhang Lian's greatest achievement was to design the illustrations on the front of the newspaper It was adopted by Hejiang daily. I remember that the 7.8 yuan for a pair of sneakers was the money he saved for four newspaper headlines. 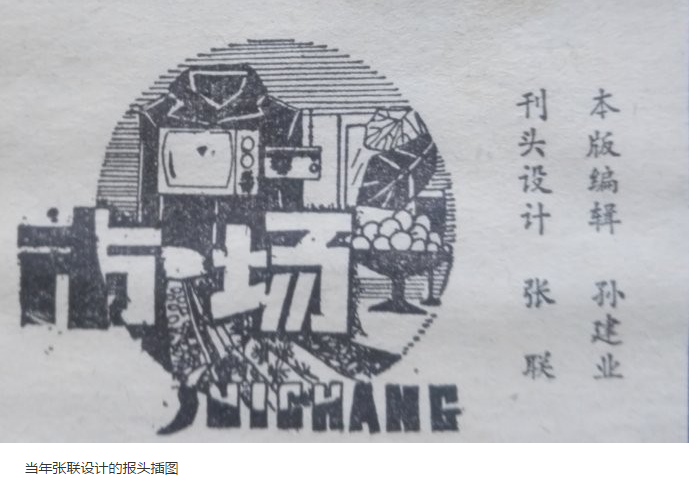 Looking back on that experience, Zhang Lian said that it was attached to the farm bureau system. Their cultural activities were very good. Peking University woodcut was famous all over the country. Now he can also tell the writers and their works of that year: the ecological harmony in Hao Boyi's "you you Lu Ming" and the romantic combination of reality and fantasy in "flying into the sky"; Du Hongnian's "song of mountains and forests" describes the great energy of forest cutting; Zhang Xiliang's spring calls all things Su is full of vitality; The excited youth in Liu Rongyan's work "naochungeng" -- he told the reporter: the biggest characteristic of Beidahuang prints is that each picture is dynamic and has vitality, which shows his hard work on prints.

At this point, Zhang Lian's face again shows the happiness and pride of the literary youth in the northern wilderness. It seems that the culture of BeiDaHuang is deeply rooted in Zhang Lian's heart. At that time, he also tried to do print creation. He showed me the creation manuscript, a composition of workers, peasants and soldiers looking at the world side by side, showing a strong trace of the times. Among Zhang Lian's favorite Peking University wasteboard paintings, the most attractive one is a portrait of Lu Xun, which is still hanging on the wall of his studio. He said that he liked Lu Xun's sharp vision of observing the society and his fighting spirit of speaking out. It was in this nonstandard aesthetic education that Zhang Lian walked out of his childhood. 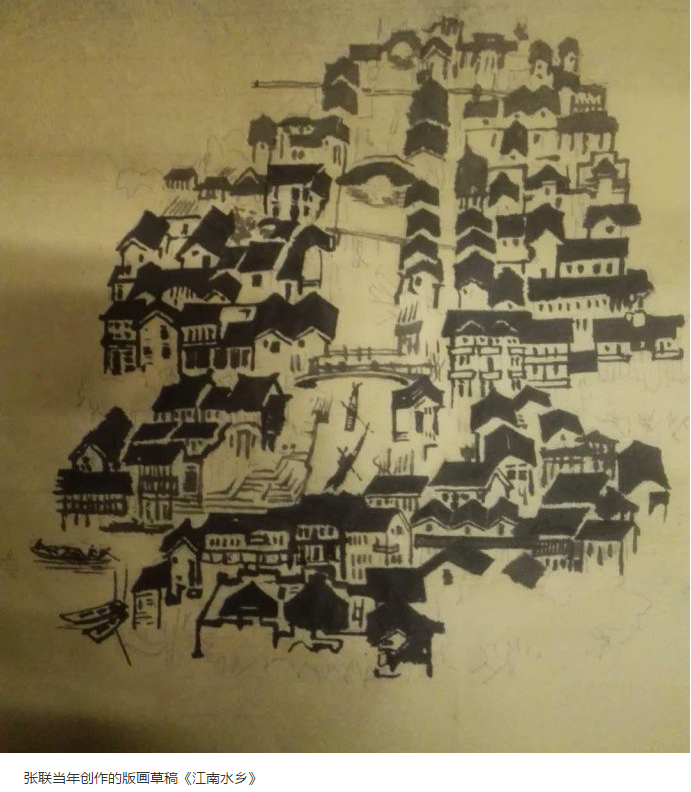 When he published the design of the front page in Hejiang daily, Zhang Lian, who had just joined the work, became famous in the farm. He soon transferred from the forestry management station of the farm to the farm trade union, which was mainly responsible for the art publicity and the library of the farm. With such conditions, Zhang Lian suddenly plunged into the sea of knowledge. Zhang Lian said that at that time, the leadership's arrangement for my work was just right for me. ". Period Time, Zhang Lian read a lot of books in the library. In retrospect, there are mainly the following categories: the history of world art broadened his vision. The general history of China Edited by Fan Wenlan let Zhang Lian know the five thousand year development of China. Marx's critique of the Gotha Program and Lenin's state and revolution. He even browsed Das Kapital. At that time, the books were too professional and boring. Zhang Lian, a young man who was interested in art, could not devote himself to reading such a large number of theoretical books. However, he learned from Lu Xun's reading experience to "look at the outline". He has read all kinds of red theory, political science, economics, various schools of thought, ancient Greek philosophy, and even such unpopular books as compendium of Materia Medica, Tiangong Kaiwu, and Xu Xiake's travels. His idea is that when you work in the library, you should not let people ask you nothing, Moreover, when some readers come to borrow books, they can roughly know which floor of the cabinet is stored.

In the library work, his biggest harvest is to read some books about how to stabilize the country. He also thought deeply of the ancient Chinese idea of governing the country. Zhang Lian still remembers the words in Guoyu, Jingjiang on labor and leisure, that in the past, the sage king lived in the people, chose the barren land to live in, and used it to work for the people, so he grew up in the world. When a man works, he thinks, and when he thinks, he is kind-hearted; Leisure leads to lust, lust leads to forgetting goodness; Forgetting kindness is disgusting. The people who are rich in soil are not talented, and they are lewd; The people of barren land are all righteous and hardworking. " It means that the ancient holy king ruled the people and arranged them in a desolate and barren place. In such a place, they had to be very tired to survive. The tired people were easy to be satisfied and had good intentions. It's easy to manage“ Worry and toil can prosper the country, and leisure can perish the body. "“ Success comes from diligence and frugality, and failure comes from extravagance. It's the old saying: "from frugality to luxury is easy, from luxury to frugality is difficult!" Looking at the current style of eating, drinking and enjoying, Zhang Lian feels more about the greatness and holiness of the Chinese ancestors. In addition, Jia Yi, a political commentator in the Western Han Dynasty, said: the merit is not to be beautiful in eliminating evil and promoting good, and the sin is not greater than eliminating good and doing evil. De Mo is higher than Bo lover, and Zheng Mo is higher than Bo Li, so Zheng Mo is higher than Xin. The famous words of Li and Zheng are deeply imprinted in Zhang Lian's mind. In the book management work, Zhang Lian's favorite sentence is from Confucius' great learning: therefore, a gentleman must be cautious of his own. Take the current saying is to strengthen self-discipline. 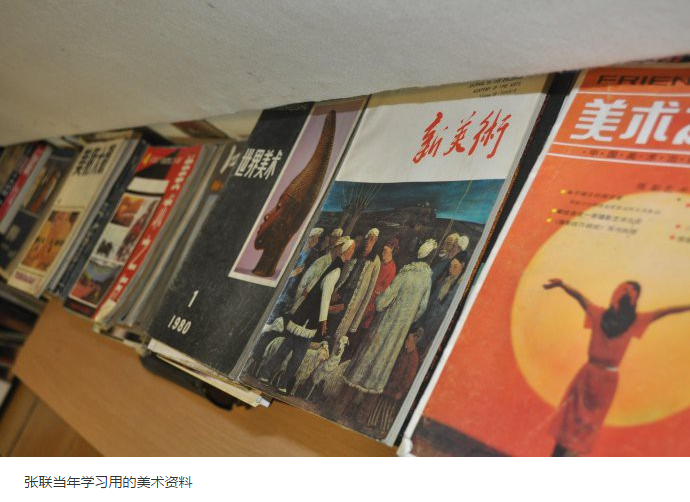 At the age of 40, Zhang Lian was assigned to the farm Electric Power Bureau by the superior and became the leader of the enterprise. In the next 16 years, Zhang Lian began to realize his political ideas in the small world of Electric Power Bureau. When he saw the management knowledge in the library, he unconsciously became his management strategy: strengthening the system management, improving the quality of employees, improving the working environment, and caring about the life of employees. Strengthening the system Construction is an important link in the management of enterprises. Power transmission management is an industry with high technical service content. Zhang Lian has never studied this major, but Zhang Lian knows that no matter what he does, he should go deep into practice, investigate and study, rely on the masses, and mobilize the maximum enthusiasm of the staff. After Zhang Lian's arrival, he has successively improved and established more than ten rules and regulations, including the management system for safe use of electricity, the management system for electric power materials, and the staff learning and training system. At the first staff meeting, Zhang Lian asked the office to make the venue clean and tidy, and personally wrote the logo in Fine Art Song typeface, which made all the staff feel fresh and fresh. In order to improve the quality of the staff, he arranged for the staff to visit the iron man Memorial Hall in Daqing by stages and in batches. At the iron man Memorial, Zhang Lian personally explained to the staff the discovery of oil in Daqing. Zhang Lian's understanding of the discovery process of Daqing Oilfield surprised the people in the iron man Memorial Hall. He asked the staff who visited the museum, are you old comrades studying oil. During his term of office, Zhang Lian built a table tennis room, gym, tennis court and friendship Pavilion for his employees. With the limited free space, the electric power community has been built into an artistic environment of Bijia mountain, and the employees are reluctant to go home after work. The surrounding people also gathered for fitness and leisure. The cable TV telephone of the whole venue has been transformed. Speaking of these years' work experience, Zhang Lian summed up four words: internal and foreign affairs. The internal affairs management should be strict, and the law is not strict; The diplomatic level should be broad. Zhang Lian quoted Chairman Mao as saying: who are our enemies and who are our friends? This is the primary issue of the revolution. This is said in the first article in volume one of Mao Zedong's anthologies“ Do you think it's important to make friends? " Zhang Lian asked me. A lot of Zhang Lian's knowledge and management ideas were accumulated during his working time in the library. Due to the change of the system, Bijiashan Electric Power Bureau was put under the management of local county. Zhang Lian also withdrew from the electric power bureau. Later, he had more time to pick up his painting hobby that he had thrown away for more than 30 years. He said it was these interests that changed his life. His future goal is to pursue a higher level on this basis.

Hao Liancheng, the year of the rooster