The five-day May Day holiday is coming to an end. This year's May Day holiday shows that the domestic tourism market is in a strong recovery trend, from the first day of sending tourists nationwide to the popularity of major scenic spots. Beijing News reporter learned from online travel platforms such as Tongcheng travel, Feizhu, qunar.com, Ctrip and donkey mother that during the May Day holiday in 2021, the number of air tickets, hotels, tickets, car rental and other bookings has increased significantly, gradually becoming the "post-90s" who play the role of professional strength to become the main tourism force, and red tourism, rural tourism and performance tourism have become new tourism choices for more and more young people. Qunar.com said that this year's May Day holiday travel exceeded that of 2019 and reached a number of new highs. Among them, air ticket bookings increased by more than 30% compared with that of 2019, and hotel bookings increased by more than 40% compared with that of 2019; The per capita travel time of May Day holiday is 4.18 days, which is more than 3.83 days in 2019 and 4.06 days in 2020. The per capita expenditure of 1713 yuan is the highest in recent years. Beijing, Shanghai, Chengdu, Guangzhou, Chongqing and other cities are the most popular places for tourists. Among them, Chengdu's per capita expenditure on air tickets and hotels is 2600 yuan, making it the most expensive city. Beijing and Shenzhen rank second and third with 2448 yuan and 2442 yuan respectively.

During the May Day holiday this year, people set new records in travel, cost, travel time and other dimensions. At the same time, the main force of travel is also changing, gradually becoming the "post-90s" who are responsible for the strength of the workplace. During the May Day holiday this year, they become the main force. According to qunar's data, in this year's May Day holiday, the post-90s accounted for more than 50% and became the absolute main force, among which the post-95s accounted for 23%. Moreover, compared with the same period in 2019, the travel growth rate of people born in 1995-2000 is 1.85 times, and the growth rate after 2000 is 2.5 times. After 2000, it became the fastest growing and most energetic group. With the rise of a broader youth force, red tourism, rural tourism and other forms are popular during the May Day holiday this year. Among them, reviewing the red memory, visiting revolutionary sites and learning red stories are attracting more and more young people. On the Ctrip platform, the keyword of "red tourism" in the May Day holiday is about 7 times higher than that in the same period of April. Compared with the same period of 2019, the order volume of Ctrip's red tourism scenic spots has increased by about 375%. On the Feizhu platform, the number of red tourism bookings for the Post-00 May Day holiday increased by more than 320% year on year. In the red tourism booking, the post-95 and Post-00 accounted for nearly half. On the donkey mother platform, Tiananmen Square in Beijing, Shaoshan scenic spot in Xiangtan, Deng Xiaoping's hometown, Nanhu in Jiaxing, and Chen Wangdao Memorial Hall in Yiwu have become the focus of red tourism during the May Day holiday this year. 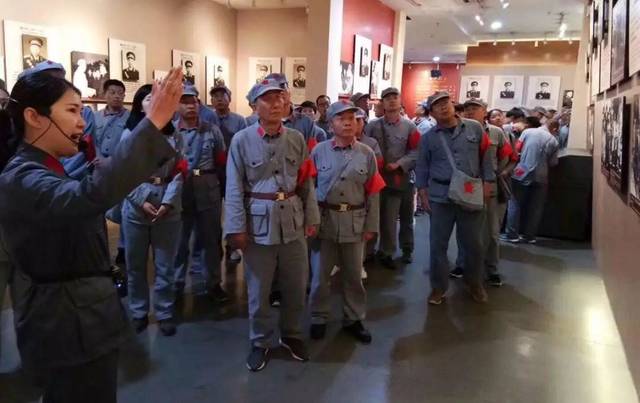 Cheng chaogong, chief researcher of Tongcheng Research Institute, pointed out that red tourism has become a new trend of tourism consumption for young tourists. Among the core groups of red tourism, "Post-00" and "post-90" from 21 to 30 years old account for more than 40%, followed by "post-80", accounting for nearly 30%, and 89.1% of the total group under 40 years old. The radiation effect of red tourism and red culture is gradually exerting. The hot red tourist attractions during May Day holiday have a significant pulling effect on the surrounding accommodation and cultural tourism consumption.

In addition to red tourism, rural tourism and performance tourism have also become popular during this year's May Day holiday. During the May Day holiday, more than 20 music festivals were held all over the country, and theme concerts were held in tourist cities, setting off a new upsurge of peripheral tourism. Affected by the Suzhou Theme Concert of "mountain and river order", the number of bookings for the tour around Suzhou on the flying pig platform increased by 360% year on year. In addition, the emergence of "city walk" and other new ways of playing has led to the increase of ticket orders for urban tourist attractions, and the observation platform of landmark high-rise buildings has become a popular option for young tourists to take photos and punch in.