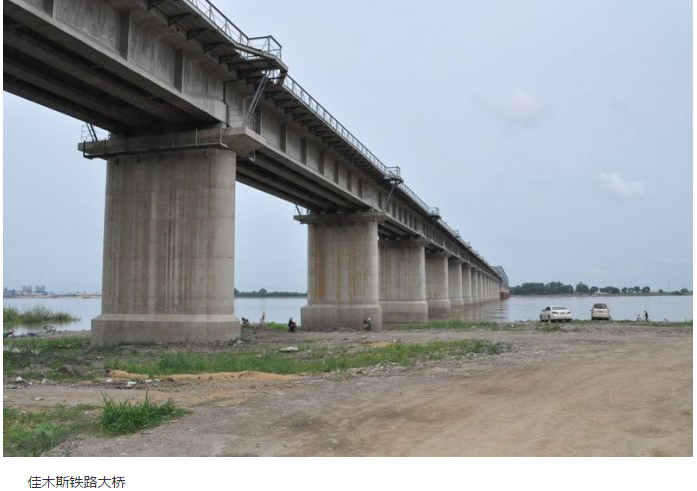 At the north and south ends of the Songhua River Railway Bridge in Jiamusi, the two turrets built by people in Japan at that time looked like two canker and withered tumors, which made people feel uncomfortable.

On the anniversary of the July 7th incident in 2014, I came here again. Looking at the broken walls and the Songhua River flowing day and night at the foot of the turret, I thought about the puppet Manchukuo's rule in Northeast China under the support of the Japanese. I felt the great changes in Sangtian and cherished the peaceful environment and peaceful life. 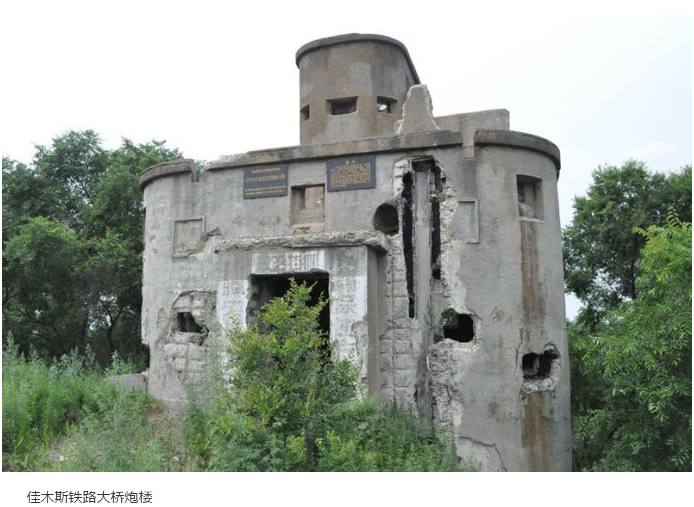 On the east main gate of Jiangnan turret, there are two signs nailed. The sign on the left reads:

The bridgehead of Songhua River Railway of Japanese invaders in China

It is said that this bridgehead was designed by a Japanese fresh graduate. In the early 1980s, she went back to Jiamusi to see this bridgehead. At that time, it was still intact, but now it is beyond recognition. 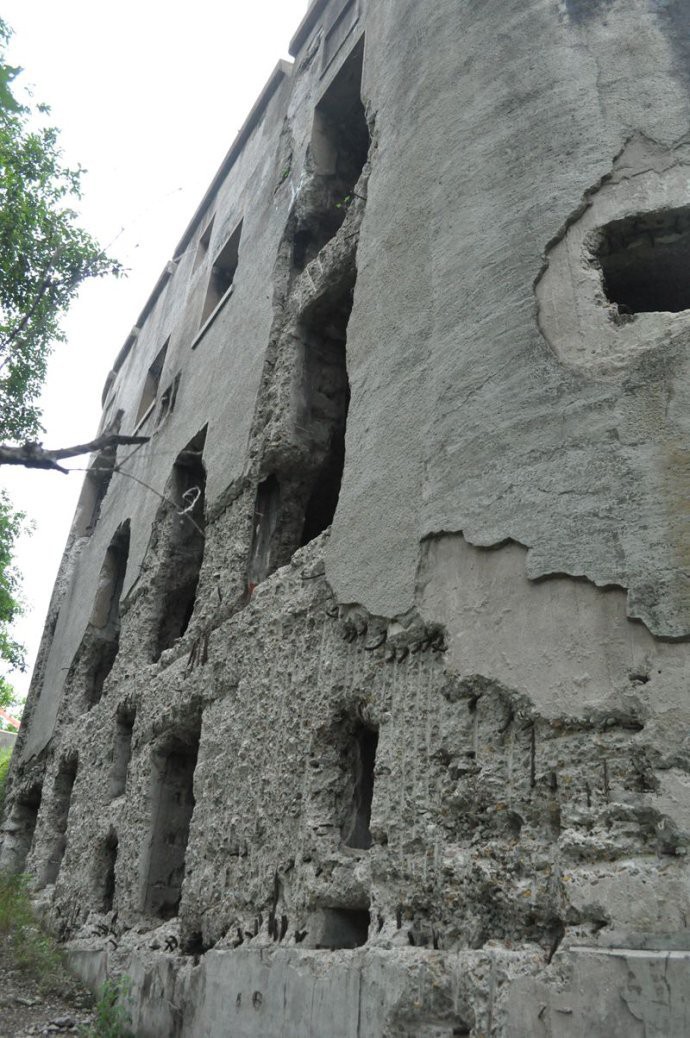 The current Jiangqiao is about sixty or seventy meters west of the old Japanese railway bridge. The whole building is made of reinforced concrete. The walls are half a meter thick. There are two basement floors and three floors on the ground. The top floor is in the shape of a U-shaped barrel. It is estimated that at that time, you can overlook the whole city of Jiamusi. Stepping on the incomplete ground, I measured it with steps. The largest room area is 15 steps long from north to South and 17 steps wide from east to west. My step is about 1 meter. Therefore, it can be calculated that in addition to the top floor, the other four floors have an area of about 500 square meters, and the Japanese devils stationed in a squadron have no problem. It seems that the Japanese military engineering design was very advanced at that time. The internal functional areas of the turret were relatively complete. The buildings with small appearance had unique holes inside. War room, ammunition depot, dormitory, canteen and toilet are all available. Vents, flues, lookout ports and shooting ports are all around the turret. The machine gun ports for light shooting can be divided into kneeling type and prone type. The design is very exquisite, and there is no dead angle in the field of vision.

Looking around the interior of the turret, it can be seen from the shed roof outlined at that time that it is totally Japanese style. It is divided into huts with different patterns, and each has its own purpose. Now it has been nearly 80 years since the construction of the turret, and the quality of the construction of the turret can be known by the difficulty of removing the doors, windows and internal steel bars. It is said that when someone saw the bean curd dregs project built by the Chinese, they said that they should let the builders go to the Songhua River Bridge to see the turret left by the Japanese. It is precisely because of the good quality of the construction that this permanent object is left behind. This is a history of the Japanese invasion of China and another criminal evidence to expose the Japanese invasion of China. Now that Jiamusi municipal government has been protected as a historical relic, it should be further repaired and sorted out to play a role as a patriotic education base. 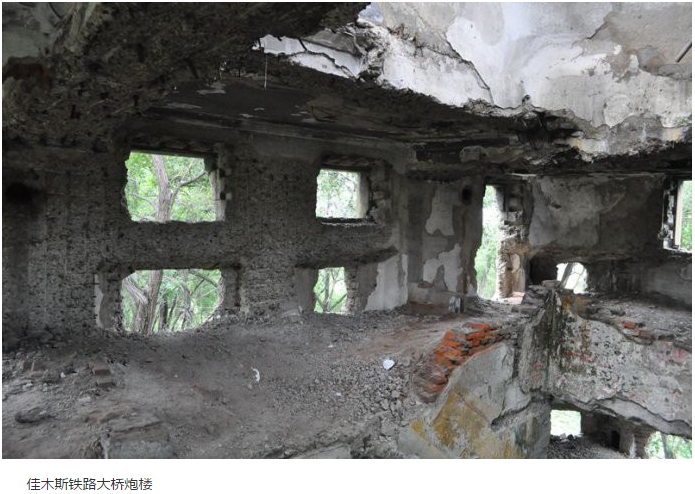