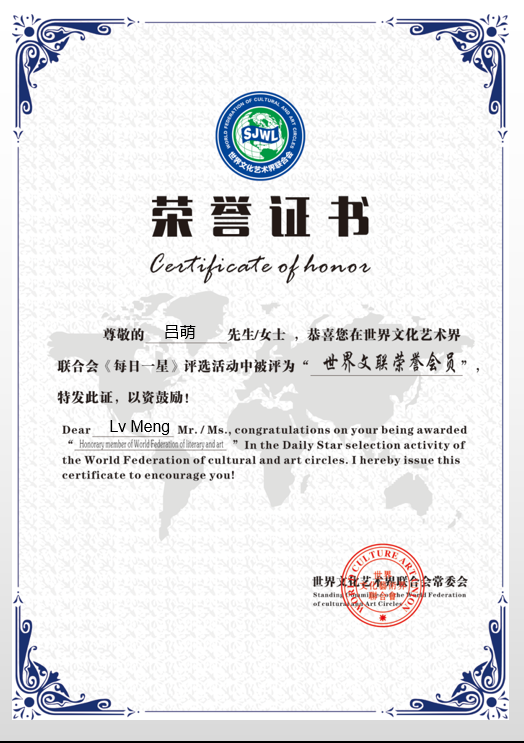 Lu Meng, a member of Liaoning Ballet, is a national first-class actor. Born in June 1984, he is a member of the Communist Youth League. He graduated from Liaoning Ballet Dance School in 2001 and joined Liaoning Ballet as an actor in the same year. He is now the chief actor. National first class actor. Varna dance competition can be called the Olympic Dance World, "special award" is higher than the Gold Award, no one has won in recent 20 years. In 2007, she was awarded the honorary title of the 18th "top ten outstanding youth of China". It is indeed the pride of Chinese Dance circles that LV Meng can be awarded this honor.

On August 26, LV Meng reported to Beijing. Entering the director group, when she heard that she was going to perform with a little girl who was amputated in the Sichuan earthquake, she immediately thought of Li Yue. 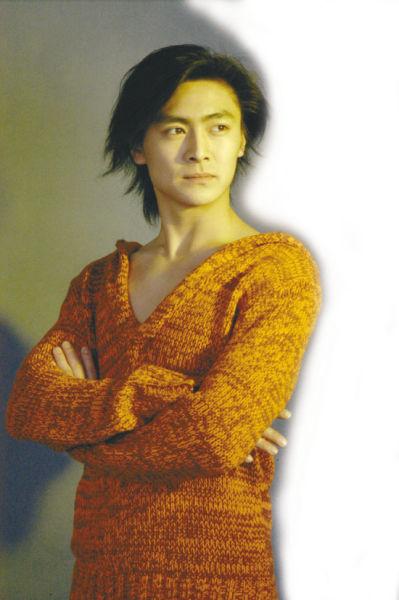 "A girl who learned to dance from childhood was disabled by accident, but she was optimistic and strong and always hoped to realize her ballet dream on stage one day. Finally, the dream "Prince of ballet" appeared and they danced together. You are the prince of ballet, and the little girl is Li Yue, who was disabled in the Wenchuan earthquake, "the director said. The program is called "never stop dancing". 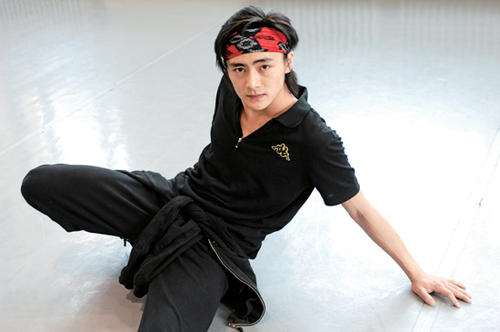 Hearing the director's explanation, Lu Meng was very excited. Li Yue, a "Ballet Girl" in Qushan primary school in Beichuan County, was trapped in the ruins for more than 70 hours. Her longing for life and her love for dance made her strong. She loved ballet, but she lost her left leg in the earthquake. After the Wenchuan earthquake, Li Yue's innocent big eyes made LV Meng remember her, while Li Yue, only 11, was moved by her persistent ballet dream. "To help her realize her" ballet dream "is something that all people who care about her should try to do." Lu Meng can't wait to see this strong little girl. Seeing Li Yue for the first time, LV Meng was surprised by her beauty, health and sunshine. Her shy face was strong. Lu Meng ran forward and squatted down to express his happiness of cooperation as a big brother. But Li Yue just smiles. Lu Meng can't help feeling sad. The sadness is not due to being ignored, but from the helplessness of a disabled girl in the face of her dream. LV Meng is determined to make the girl confident again. 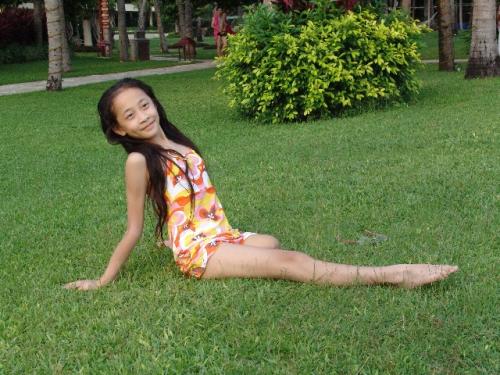 After the first day of rehearsal, LV Meng didn't go back to her room to take a bath. Instead, she went to the nearby supermarket and bought jelly and other delicious things for Xiao Li Yue, as well as some things the little girl liked. Seeing these, Li Yue and this big brother get close to each other. They talked a lot, but Lu Meng avoided touching the pain in Li Yue's heart. The next rehearsal made LV Meng more unforgettable. Because Li Yue's injury is still in the process of treatment and recovery, in order not to affect the rehearsal, Li Yue will get up at 5 a.m. and receive injection and physiotherapy accompanied by her mother. Enter the rehearsal at 8 a.m. and return to the room after 8 p.m. This kind of intensity makes the sound LV Meng feel very tired, while the strong Li Yue always says lightly, "nothing.".

Shortly before the opening ceremony, there was a rehearsal for the "bird's nest" from night until 3 a.m. the next day. LV Meng asked Li Yuehan if she was sleepy. She replied that she was not sleepy and made a grimace for her. 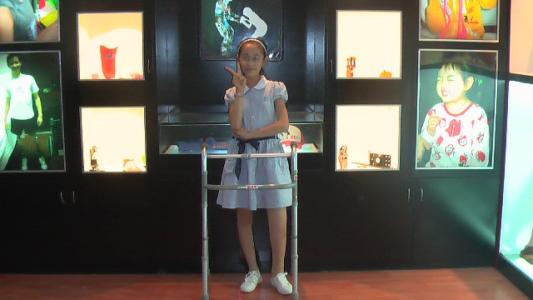 At the opening ceremony, the most impressive thing was that "Prince ballet" finally danced with "disabled girl"; the little girl sat on the shoulder of "Prince", and the prince held the little girl high. At the beginning of the rehearsal, Li Yue, a strong woman, was still a little afraid. LV Meng told her, "don't be afraid. My brother is very professional. Any girl who is much heavier than you can lift it.". Li Yue is much more comfortable when she loses her nervousness. "Prince ballet" and "disabled girl" dance together, that perfect scene spread all over the world. LV Meng said that although it was only a few minutes to participate in the opening ceremony of the Paralympic Games, plus rehearsal, it was only more than a week, but this short time was enough to make him remember for a lifetime. This is the most wonderful performance of the torch relay in Beijing. After the opening ceremony, Lu Meng will rush to Dalian to participate in the performance of the film festival. Before leaving, LV Meng did not forget to thank her strong "little sister" Li Yue, because she made her have a deeper understanding of life and a different understanding of dance.

On October 7, 2020, he won the first prize in the selection of "Daily Star" in the World Federation of literary and art artists list. On June 10, 2021, he won the top of the list again. 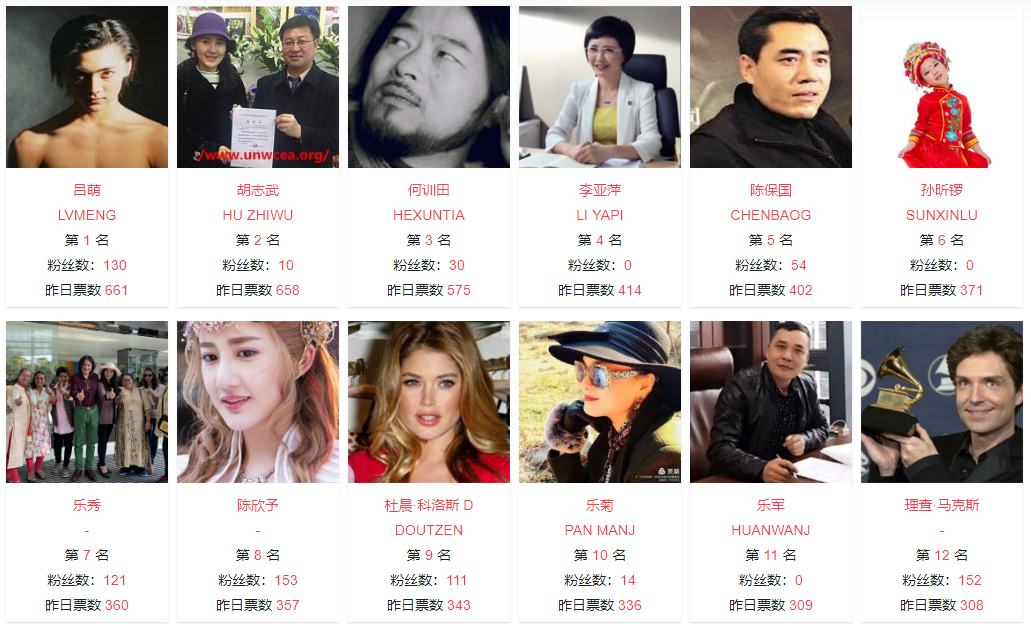 On September 9, 2021, he won the first place in the selection of "one star of the day" in the artist list of the World Federation of literary and art circles. 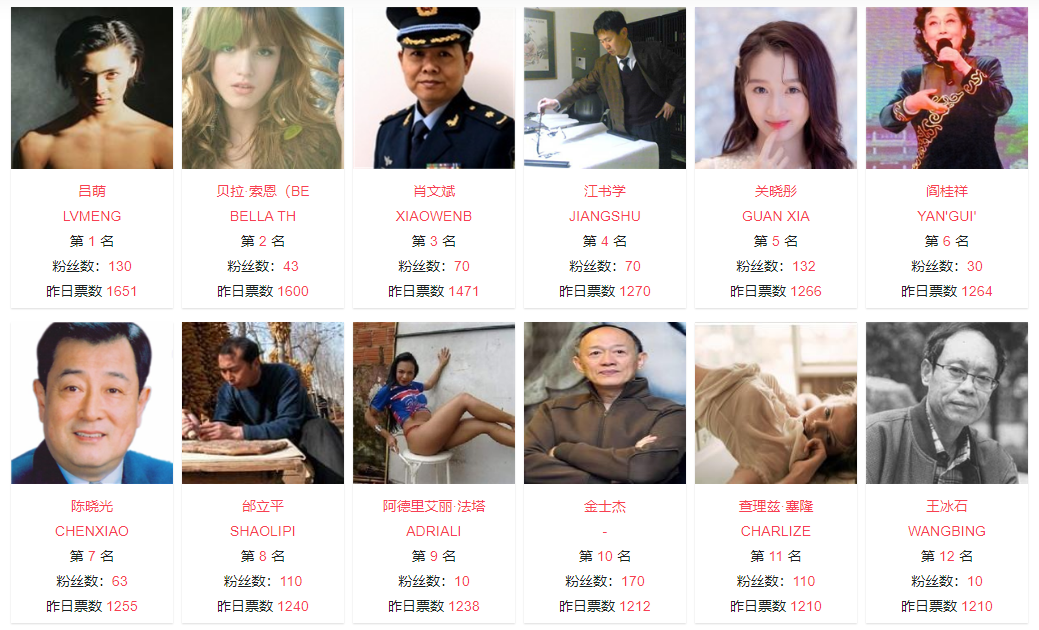 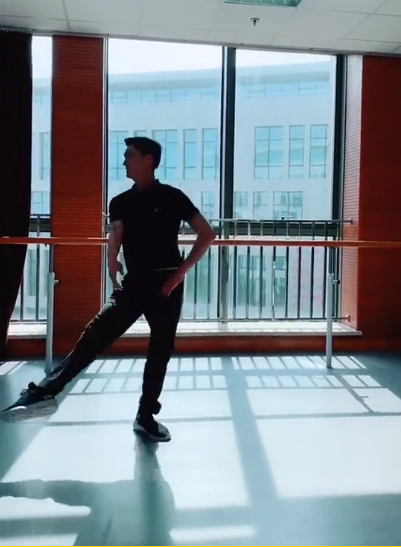 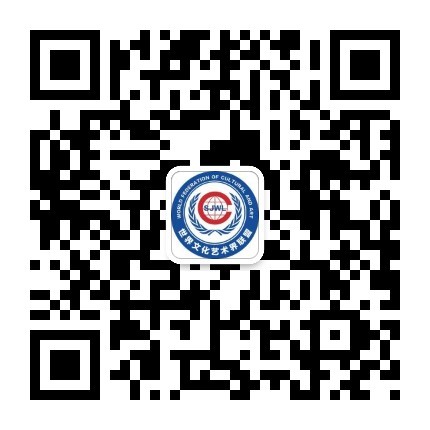