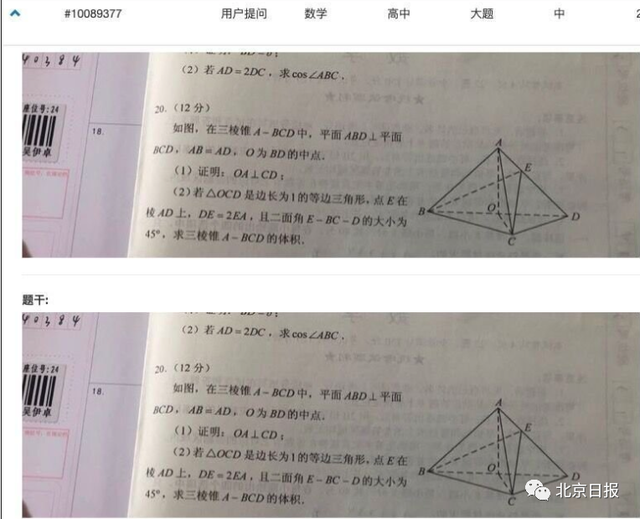 On June 7, in Wuhan, Hubei Province, an examinee Wu entered the examination room with his mobile phone to shoot the test questions and upload them to the Internet, causing social concern. On June 8, the Education Bureau of Huangpi District of Wuhan City announced that the invigilator concerned was disqualified and all the candidates involved were disqualified.

At about 2 a.m. on June 9, the Information Office of the Ministry of Education announced the incident and disclosed the details of the examinee's illegal introduction of his mobile phone into the examination room. 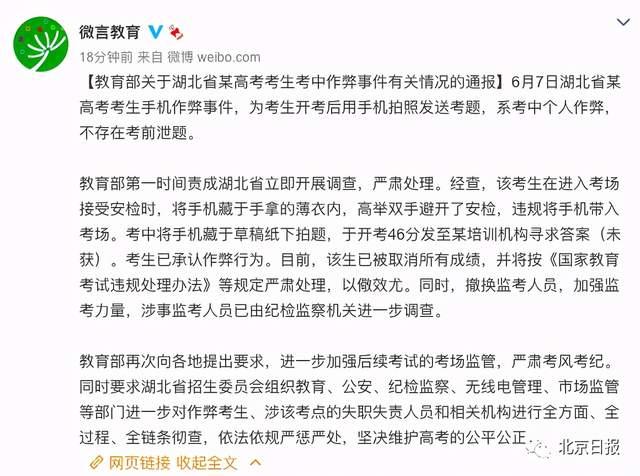 Circular of the Ministry of Education

At about 2:00 a.m. on June 9, according to the announcement of guanbo @ Weiyan education of the Information Office of the Ministry of education, on June 7, a college entrance examination examinee in Hubei Province cheated on his mobile phone. He took photos of the examinees after the examination and sent them the examination questions. There was no problem of passing the questions before the examination.

According to the circular, the Ministry of education immediately ordered Hubei Province to carry out an investigation and deal with it seriously. According to the investigation, when entering the examination room for security inspection, the candidate hid his mobile phone in his thin clothes, held his hands high to avoid the security inspection, and illegally brought his mobile phone into the examination room. In the test, the mobile phone was hidden under the draft paper to shoot the questions, which were distributed to a training institution for answers at the beginning of the test. The examinee has admitted cheating. At present, the student has been cancelled all the results, and will be treated seriously according to the "measures for handling violations of national education examination" and other provisions to set an example. At the same time, the invigilator should be replaced and the strength of invigilator should be strengthened. The invigilator involved has been further investigated by the discipline inspection and supervision organ.

The Ministry of education once again put forward the requirements to all localities to further strengthen the supervision of the examination room of the follow-up examination, and strictly enforce the examination style and discipline. At the same time, the enrollment Committee of Hubei Province is required to organize education, public security, discipline inspection and supervision, radio management, market supervision and other departments to further investigate cheating candidates, dereliction of duty personnel involved in the examination site and relevant institutions in all aspects, in the whole process and in the whole chain, and punish them severely according to law, so as to firmly safeguard the fairness and justice of the college entrance examination.

It takes about 50 minutes to upload

The questions were not published and answered

Previously, the staff of xiaoape search responded to more details about the examinee's upload of the test questions.

The staff of the little ape search said that at about 15:50 on the 7th, the staff saw a user upload the question in the background. Because the platform shut down the beat search function during the exam, the system and manual did not answer.

"(the examinee) did not get real-time feedback, this topic entered a group of our staff, we will have some answers, discussion, has not given him a reply, nor public The staff said that until about 6:00 p.m. that day, the examination ended, and the test questions were made public. After comparison, it was found that the user had uploaded the suspected college entrance examination questions before, and then retained the evidence to report to the relevant departments.

Memories of students in the same examination room

The candidates concerned are flustered

After the incident, the examination room was tested more strictly

The examinees in the same field also recalled the scene of the day.

After the incident, the examination room detection is more strict, to be detected from beginning to end, the number of invigilators has also increased.

On June 8, the official microblog of the Education Bureau of Huangpi District, Wuhan city released a notice on the treatment of Wu's fraud. According to the notice, on the evening of the 7th, the examination area organized the video playback of the examination room, confirming the fact that the examinee Wu brought his mobile phone into the examination room illegally to shoot the test papers, and the invigilators had the problems of entrance security and dereliction of duty.

According to the current investigation, the invigilator has stopped the qualification of the college entrance examination, and has further investigated and handled the dereliction of duty of the relevant personnel. According to Article 9 of the measures for handling violations of regulations in national education examination (Order No. 33 of the Ministry of Education), the disqualification for this examination shall be given to the candidates who violate the regulations, and the results of each stage and subject registered for the examination shall be invalid, and further treatment shall be made according to the follow-up investigation results.

Or due to 5g signal shielding vulnerability

According to Nanfang Daily on the 8th, Huangpi District recruitment and examination office said in response to the incident that the candidate could upload the test questions on his mobile phone due to a loophole in 5g signal shielding.

Xue Quan, Dean of School of electronics and information, and Dean of School of microelectronics, South China University of technology, said that at present, with the continuous upgrading of communication technology, 5g signal system is also different from the original 4G system, and it is possible that the old type of jamming equipment can not completely interfere with 5g signal.

On the afternoon of the 8th, the radio management department of Hubei Province said in response to the media that a special class has been formed to investigate the matter. If it is determined that the candidate uses radio equipment to transmit cheating, he will be dealt with in accordance with the law. 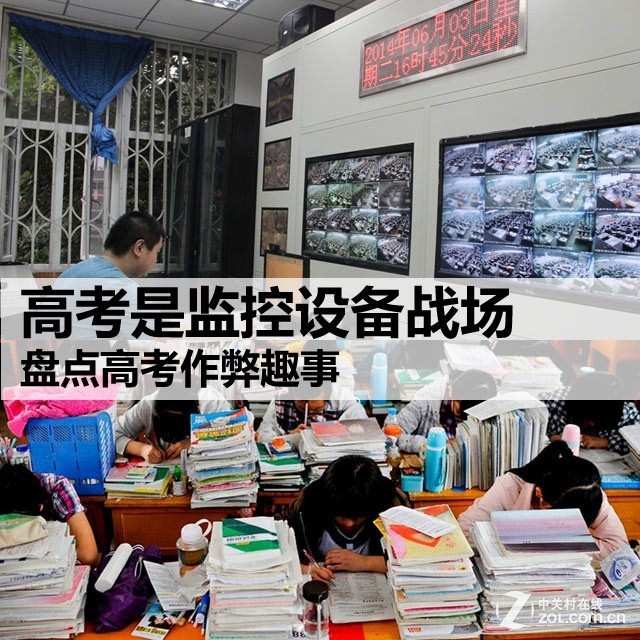